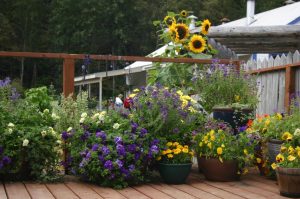 Effective 21 October 2002, all agricultural farms and products claiming to be organic must be guaranteed by a USDA-approved independent agency to be meeting the following guidelines: 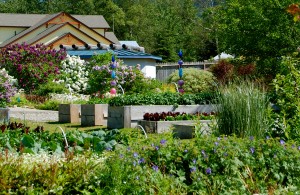 Many pesticides approved for use by the EPA were registered before extensive research linking these chemicals to cancer and other diseases had been established. Now the EPA considers that 60 percent of all herbicides, 90 percent of all fungicides and 30 percent of all insecticides are carcinogenic. A 1987 National Academy of Sciences report estimated that pesticides might cause an extra 1.4 million cancer cases among Americans over their lifetimes. The bottom line is that pesticides are poisons designed to kill living organisms, and can also be harmful to humans. In addition to cancer, pesticides are implicated in birth defects, nerve damage and genetic mutation. 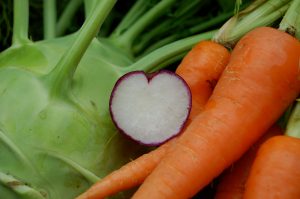 Water makes up two-third of our body mass and covers three-fourths of the planet. Despite its importance, the Environmental Protection Agency (EPA), estimates pesticides (some cancer causing) contaminate the ground water in 38 states, polluting the primary source of drinking water for more than half the country’s population. A study funded by the National Science Foundation and led by Rick Relyea links a commonly used herbicide to amphibian death in pond ecosystems. The herbicide Round-Up Weed & Grass Killer was applied to simulated ponds in levels that could be present after an aerial overspray. “…Reylea discovered that Round-Up, designed to kill plants, exterminated two frog species, and nearly exterminated a third…Many of the deaths occurred in the first twenty-four hours after the addition of the Round-Up.” Now, as a weed and grass killer you may think that this herbicide doesn’t enter the water system…well runoff, poor applications by individuals and accidental sprayings contribute to the fact that this chemical has been found in our water system. Think about that as your child or grandchild plays in the puddle on the street below your “weed-free” lawn…

Save Our Soil (SOS)

The Soil Conservation Service estimates that more than three billion tons of topsoil are eroded from the United States croplands each year. That means soil is eroding seven times faster than it is built up naturally. This biologically diverse and nutrient rich topsoil is blowing and flowing into our waterways, clogging them up. This rich topsoil, especially if it’s inundated with chemical fertilizers creates algae blooms in lakes and is a huge contributor to the Dead Zone at the end of the mighty Mississippi River. As the foundation of the food chain, soil is where it starts in organic farming. But in conventional farming the soil is used more as a medium for holding plants in a vertical position so they can be chemically fertilized. As a result, American farms are suffering from the worst soil erosion in history. It takes approximately 3,000 years for nature to produce 6 inches of topsoil. Every 28 years, 1 inch of topsoil is lost as a result of current farming practices. Unlike “conventional” (actually un-conventional) farming practices, organic bio-intensive farming can produce 6 inches of topsoil in as little as 50 years. This is 60 times faster than the rate in nature. We can still save our soil.

Save Energy, Save Money

American farms have changed drastically in the last three generations, from the family based small businesses dependent on human energy to large-scale factory farms highly dependent on fossil fuels. Modern farming uses more petroleum than any other single industry, consuming 12 percent of the country’s total energy supply. More energy is now used to produce synthetic fertilizers than to till, cultivate, and harvest all the crops in the United States. Organic farming is still mainly based on labor-intensive practices such as weeding by hand and using green manures and crop covers rather than synthetic inputs. Organic produce also tends to travel a shorter distance from the farm to your plate. The farther away food comes, the more vulnerable the supply to disruption. The more expensive gasoline becomes, the more it costs to produce food that depends on fertilizer, pesticides and plastic and then ship it long distances.

Although more and more large scale farms are making the conversion to organic practices, most organic farms are small independently owned and operated family farms of less than 100 acres. It’s estimated that the United States has lost more than 650,000 family farms in the past decade. And with the US Department of Agriculture predicting that half of this country’s farm production will come from 1 percent of farms by the year 2000, organic farming could become one of the few hopes left for family farms. With the loss of small farms, we also lose much of the diversity of our seeds. Within the last two decades, there has been a massive takeover of small and large seed business as well as farms by a few corporate companies. These corporations do not find profit by saving 100 varieties of tomatoes, especially if they ship poorly cross-country. Consequently, we have been losing heirloom varieties of many seeds at an alarming rate. And the exceptionally tasty, but soft-skinned heirloom tomatoes, will be lost but to the basements of seed-saving gardeners and farmers.

Another issue relating to biodiversity is keeping the soil healthy. In many instances, large-scale farming is done mostly with big machinery and little actual human labor. This makes mono-cropping the “easy” answer. Initially sowing 500 acres of corn brought in great profits rather than intercropping the corn with beans and squash (which actually complement each other and the soil). However, as the heavy feeding corn depletes the soil, more chemicals are used to produce the same profit margin. A field planted with many different crops is more biologically diverse and healthier than a mono-cropped one. Imagine if a virus attacked the corn ~ your entire crop is gone versus a section of your fields. Nature doesn’t grow only spruce trees, she intersperses them with hemlocks, alders, blueberries, pines, lichens and mosses and they all help to support a healthy forest.

Although organic foods might seem more expensive than conventional foods, conventional food prices do not reflect hidden cost borne by taxpayers, including nearly $74 billion in federal subsidies in 1988. This number is even higher now, actually $300 billion for the 2007-2012 Farm Bill. Most of this money is distributed to chemical and energy-intensive crops, factory farms and junk-food sources (i.e. corn grown for high fructose corn syrup). There is very little money allocated to organic agriculture, conservation, nutrition and alternative energy programs. Other hidden costs to tax payers include pesticide regulation and testing, hazardous waste disposal and clean up, and environmental damage from ‘mistakes’. We should not be paying to clean up multi-billion dollar corporation messes.

There’s a good reason many chef’s use organic foods in their recipes. They taste better. Organic farming starts with the nutrients of the soil, which eventually leads to the nourishment of the plant and ultimately our palates.

If there are Farmer’s Markets in your area supplying produce from local soils, and they are practicing organic agriculture, by all means try to support them. Not only will you be purchasing great tasting produce, you will be building up your local economy versus supporting a large corporation who doesn’t care if your river is polluted with their chemical run-off. Your $ is your ‘vote’ for a better (or worse) food system. The more ‘votes’, the volume, quality and reliability of local, seasonal and organic produce increases and becomes more mainstream and affordable. Soon, all our schools could be feeding children healthy, locally grown produce instead of their federally subsidized food programs grown with antibiotics, synthetic fertilizers and cancer causing pesticides and herbicides.

Remember:
I eat. I buy food. I think. Therefore I’m part of the food system. 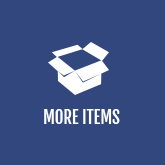